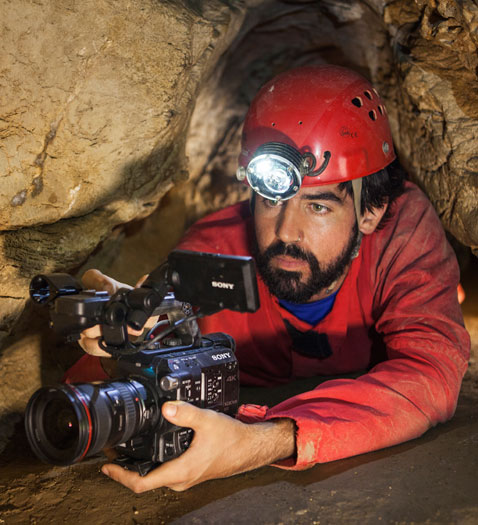 After studying photography at the Andoain Film and Video School, (ESCIVI, 2006), he began his professional career working in a major advertising agency, but soon and thanks to his training as a sportsman and diver, he redirected his professional career towards filming extreme sports and nature. He has worked as a filmmaker in: (South Africa, Australia, Iceland, Nicaragua, Indonesia …) among others.

In 2014 and to advance and complete his training, he specialized in the use of digital cinema at EFTI (Madrid International Center for Photography and Cinema).

His works have received numerous awards in which it is worth highlighting the best mountain short Memorial Maria Luisa, (one of the most prestigious Mountain and nature competitions in Europe), for the movie “Mountain” where they have stood out for their great aesthetic taste and the spiritual narrative of travel.

For any project or Idea, no doubt, contact him.